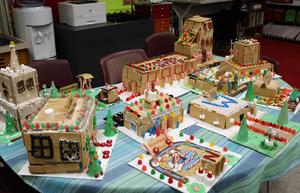 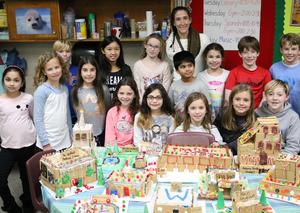 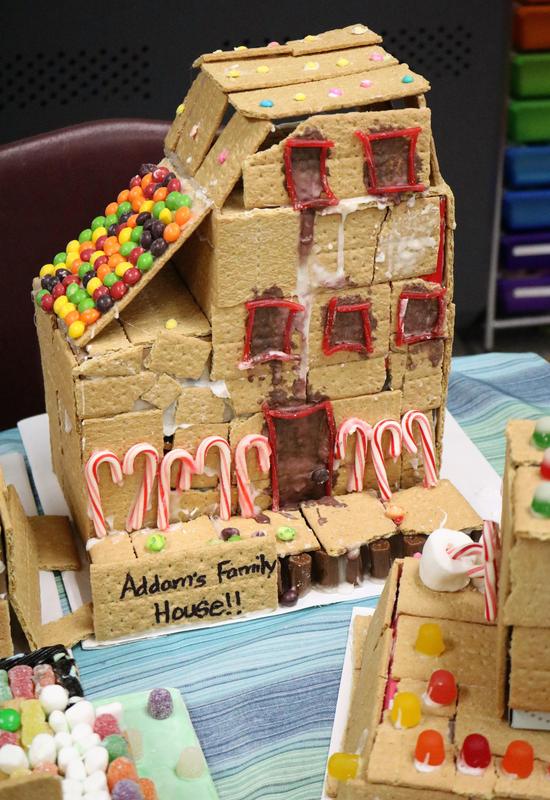 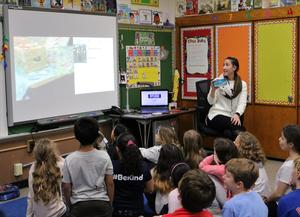 Created seven years ago by two educators in Kansas, the 2019 Gingerbread STEM Community and Makerspace Global Project had school children in Canada, Vietnam, and Lithuania joining dozens of their American counterparts in this seasonal undertaking of STEM learning.

After joining the online global group, Reilly’s class researched which Westfield structures they wanted to build to create their Gingerbread STEM Community. The class settled on such iconic sites and buildings as the Westfield Memorial Library, the Presbyterian Church, Mindowaskin Park, the YMCA, the train station, Trader Joe’s, the Charles Addams house, and, of course, Washington School. The students teamed up to create their structures, using milk cartons and other small cardboard boxes, along with frosting, assorted candies, and graham crackers for a sturdier gingerbread appearance.

“I’ve been doing gingerbread houses for 15 years but I wanted to something more.  The Gingerbread Community STEM Challenge allowed the class to build upon their knowledge of Westfield, plan and work collaboratively with a partner, and share their work with classes from across the country,” said Reilly.  “The project was more successful than I could have ever imagined.  The students put the science and STEM practices that we have been learning in class to use in a fun and creative way.”

Reilly said her students learned how to “adapt their original plans and how to problem solve when something didn’t go the way they planned.”

“The best part was the way the different groups used and complemented each other’s ideas,” she adds.

The interactive project included video conferences with classrooms in other cities and states and sessions with master technology teacher Jeanine Gottko to create short videos about the project and share them with other school communities.

One parent, who joined other parents in the classroom to help with the project, praised the process.  “The energy in your classroom was really something,” the parent wrote in an email to Reilly.  “The kids were all so excited and their creativity, planning, and determination were so impressive… What impressed me the most was how kind all the students were to each other.  I heard so many of the students complimenting each other about their creations and offering ideas of help and support to their classmates.”