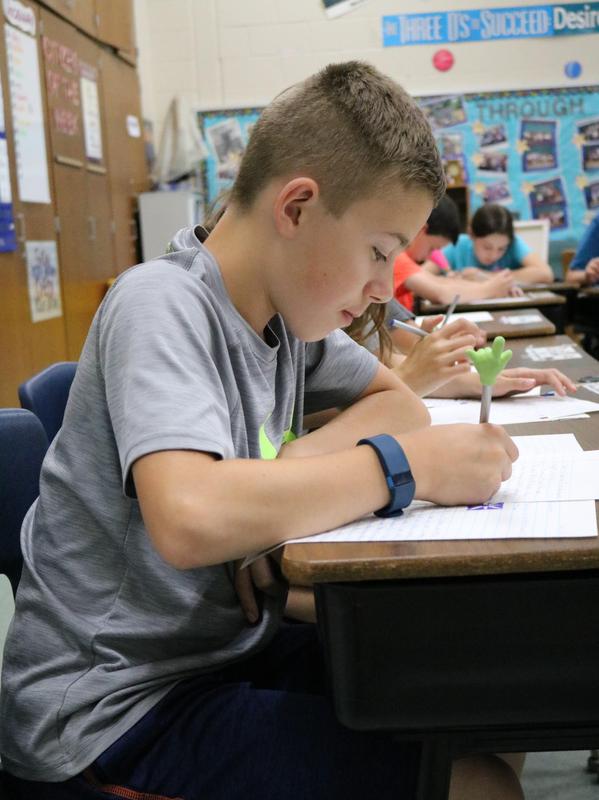 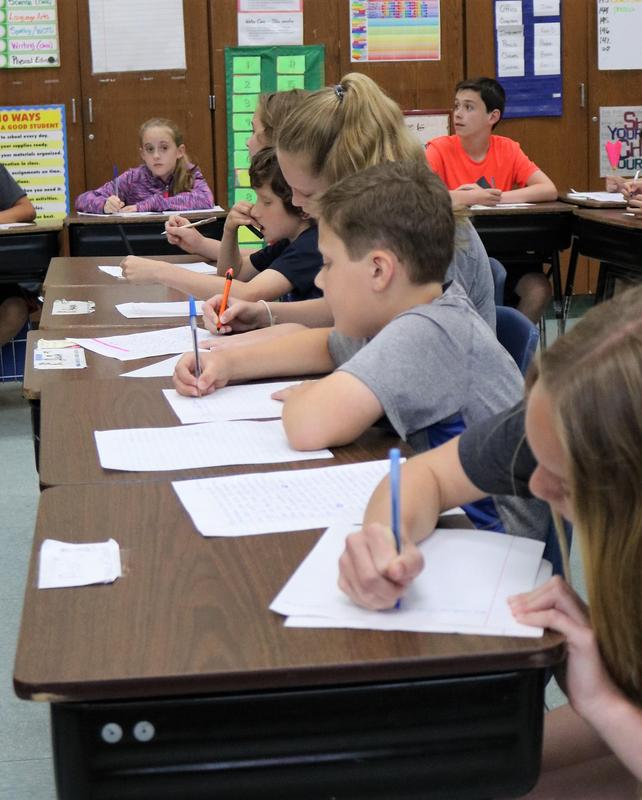 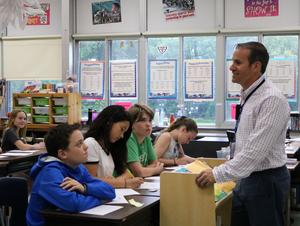 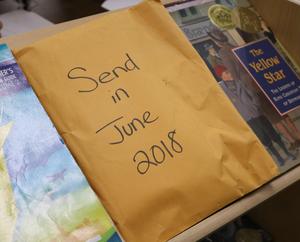 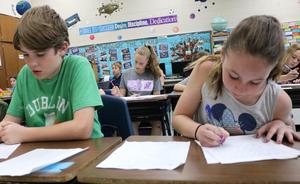 At the end of each school year, Matthew Cognetti has his students write a letter to themselves. Seven years later, the 5th grade teacher at Washington School mails each letter to each former student as he or she approaches the end of 12th grade.

The end of the school year is near and fifth graders in Matthew Cognetti’s class at Washington School in Westfield are writing letters to themselves.  While the class discusses prewriting tips and how to structure the letter, this assignment differs from previous writing exercises.

Every year since he began teaching 16 years ago, Cognetti collects the letters and sets them aside without reading them.  Seven years later, the 5th grade teacher mails each letter to each former student as he or she approaches the end of 12th grade.

“It’s a letter to you, from you, only to be read by you,” Cognetti instructs his current pupils.  “The more you write, the more you’ll thank your past self in the future.”

Cognetti keeps track of each class by putting the letters in a large envelope and marking it with the year the class will graduate high school.  For example, this year’s letters are marked “Send in 2025.”

“Each year, I pull an envelope out, add a letter from myself and usually a picture, and send them out,” he explains.  “My 7th grade teacher, Mrs. Ball (who is now the district’s Human Resources Specialist), had us write letters to ourselves when I was in her class.  I still remember receiving mine the week I graduated high school.  I thought it was such a neat tradition I decided to start it with my class.”

Cognetti says he hears from a few parents and students each year, including one 22-year old who recently re-read his 5th grade “letter to self” and emailed his former teacher to express “tons of laughs, interesting thoughts and amazement about how much has changed since 5th grade.”

“Little did I know back then that I would not become a professional baseball player for the New York Yankees nor would movie tickets continue to be $6,” the student writes in an email to Cognetti before detailing his “awesome experience” at Virginia Tech and his exciting “new chapter” in commercial real estate in New York.

“I think [the letter writing assignment] gets current students to reminisce about the fun times they have had here at Washington,” says Cognetti.  “It also gets them to think about the future and where they want to be in seven years.  Every former student who has talked to me has said that their letter was hilarious.  They laugh at the predictions they made and what they said.  Some predictions, such as the college they would be attending, apparently came true.  Others, such as playing for the Yankees, unfortunately have not.”

Cognetti says he encourages students to write whatever they want and as much as they want and, because it is a personal letter, he does not read what is written.

“Helping my current students remember all the fun activities from the past 5 years and then seeing the names of my former students on the envelopes as I send them out is something I enjoy each and every year,” he says.